What Raw Chocolate can do for your Immune System

It’s that time of the year… Days get darker, nights get colder, and our immune system is going through tough times. Especially due to COVID-19 we have been in lock downs, working from home and had less exercise. So what if I told you that having a piece of our Lovechock might be as good of an idea as having a ginger shot to boost your body’s defenses?

This might sound too good to be true but raw cacao is actually chockfull of important minerals, vitamins and flavanols. That’s why we at Lovechock make raw chocolate. By keeping the cacao raw we aim to preserve as many nutrients of the cacao as possible. Did you know that the power of cacao was already known amongst ancient South American cultures, such as the Aztecs or Maya? They called it “the food of gods” and it was a key ingredient for sacred drinks and ceremonies. Thanks to its healing powers, cacao was often used as a medicine, too. For our raw chocolate, we use the best organic cacao from Peru and Ecuador, and we want you to taste and benefit from it as much as possible – just like the Maya! In line with its sacred and ancient history, we process the cacao as little as possible.

Cacao as you know it is won from the Theobroma tree, more specifically its cacao pods. Each cacao pod contains almond-shaped cacao beans which are rich in vitamins and minerals and contain higher levels of flavanols  than almost any other food! Flavanols are a type of antioxidants and they are the reason that ancient cultures prescribed dark chocolate to treat fatigue, fever or to simply stimulate the nervous system. Antioxidants are generally known to help your body repair its damaged cells and play a vital role in protecting the body from free radical damage. This means that they help fight oxidative stress whichusually sets the stage for colds and other diseases. So when your immune system is fighting against inflammation, treating yourself to some raw cacao seems like a pretty good idea!

Besides the fascinating amount of flavanols, raw cacao is high in vitamins and minerals such as magnesium or fiber. For our cacao to unfold its many hidden powers we make raw chocolate that is processed as little as possible at low temperatures and does not contain any industrial sugar.

So - take the time to relax, destress and enjoy the pure bliss of our organic vegan raw chocolate - your immune system will thank you! 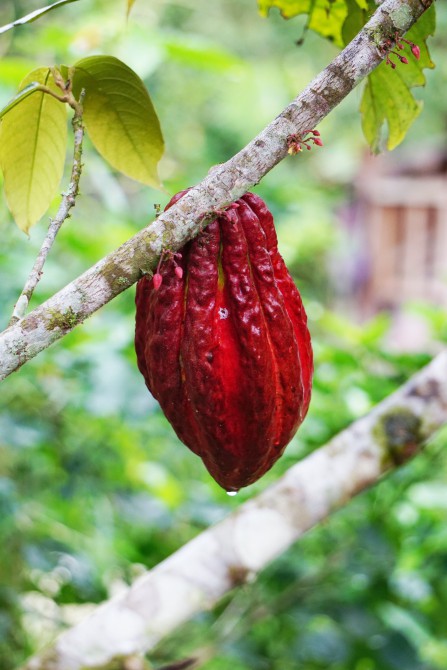